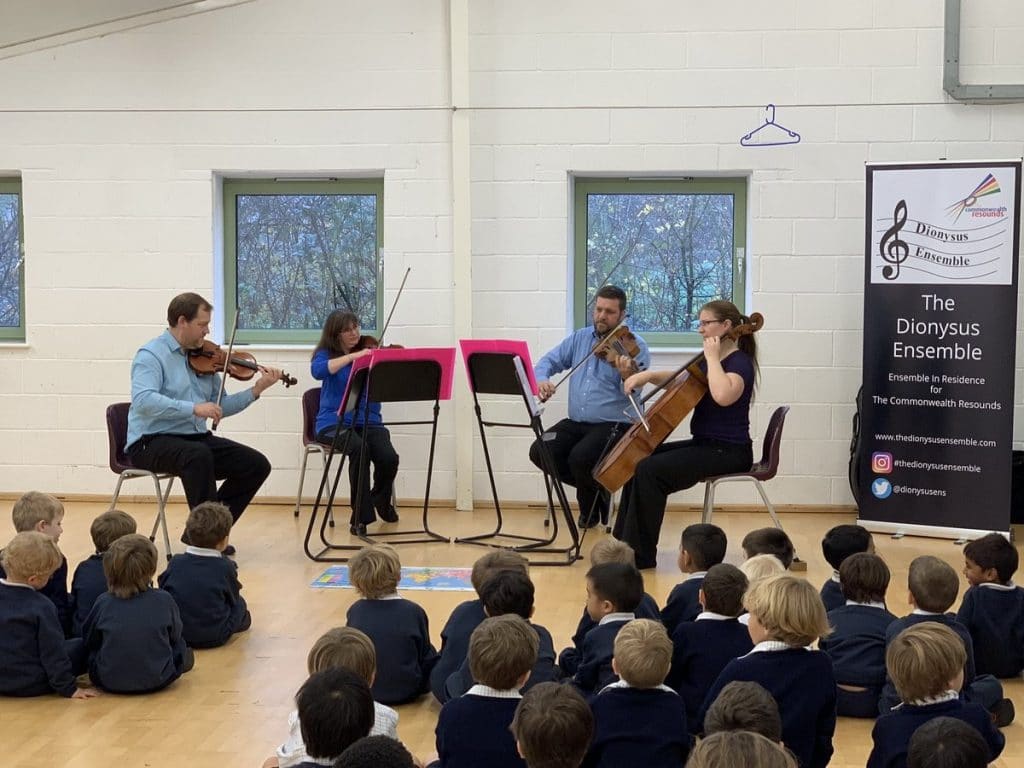 On Friday 11th October pupils from Jesuit schools Wimbledon College, Donhead and St John’s Beaumont will perform their own compositions at Sacred Heart Church, Wimbledon. They will be joined by The Dionysus Ensemble to use music to highlight the current climate crisis.

Richard Greenwood, Outreach and Communications Manager at Jesuit Missions said, “It will be fantastic to hear what our young people have created. Climate Change is a massive challenge for the entire world, and this is just another way of young people leading the way in raising awareness.”

The pupils will be prepared for the concert in a series of workshops by The Dionysus Ensemble, a virtuosic chamber ensemble with a string quartet at its core. Formed by cellist Léonie Adams in 2003, they have performed across the world and more recently have become an ensemble in residence for The Commonwealth Resounds! which connects musical cultures and musicians across the Commonwealth through collaborative events with a focus on young people and the developing world.

Léonie said, “We are thrilled to be partnering with Jesuit Missions on this project and are really excited to work with the children at all three schools to create new musical works on climate change.”

The event is free but you can register in advance here.

“We hope that the children are inspired by their experience with the Dionysus Ensemble,” said Richard, “Music is such a great way to break down barriers and we hope that more children around the world are able to have this opportunity.”