Home / Latest / Turning up the heat for Jesuit Missions

Turning up the heat for Jesuit Missions 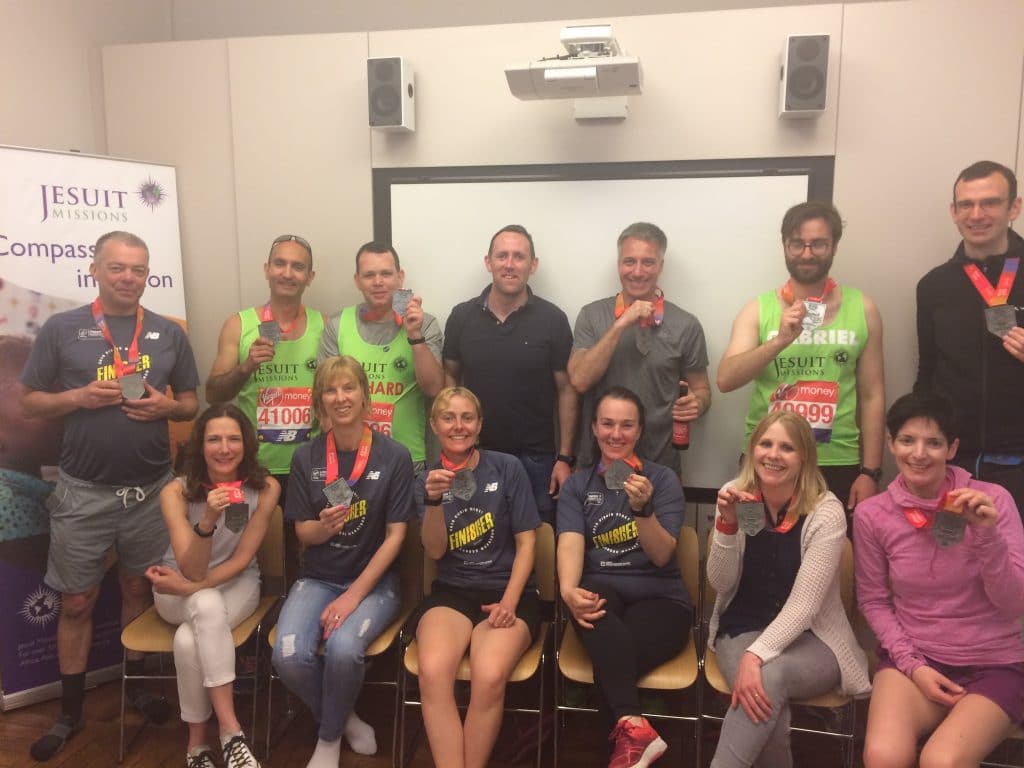 Another year, another London Marathon. But this year was different. It was hot, very hot. In fact it was the hottest ever London Marathon, with a recorded temperature of 24.2C. This came as a shock to many runners after a long, cold and wet winter of training.

Amongst over 40,000 runners who took to the streets of London on Sunday 22nd April, we had 29 people taking on the challenge for Jesuit Missions. This year’s team included a Womble, a Nun, a team of 10 from Mount St Mary’s, two from Malta (including the former provincial), a priest from Canada, Jesuit Missions and Jesuits in Britain staff (Richard and Jane) and five married couples (three of whom ran together).

This year there were noticeably less people running in costume, however the heat didn’t put off Fr Patrick Magro, from Malta, who was determined to run as a Womble! He did extremely well to complete the course in the hot costume in a time of 6 hours 16 minutes. His team mate Mario Farrugia, also from Malta, came through first amongst the Jesuit Missions runners in a fantastic time of 3 hours 52 minutes. Between them they’re on target to raise £7000 which will be used to support education programmes for South Sudanese refugees in Uganda and a Para -legal programme for women in India amongst other projects. 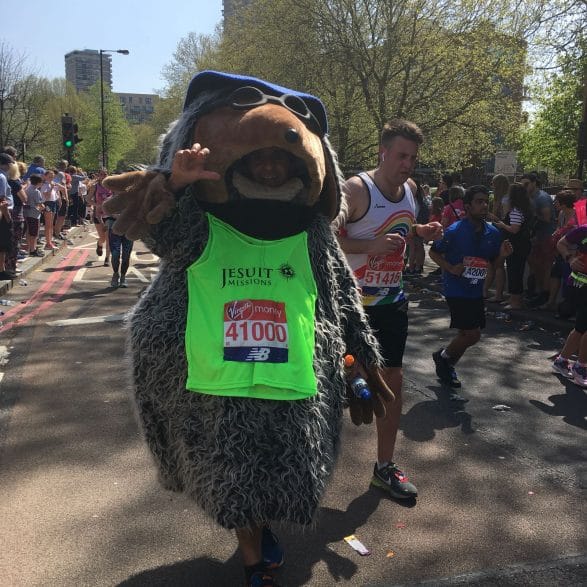 Sr Theo Hawksley, who was running her first marathon, dressed as a Nun to raise awareness for Vocations Sunday. She completed the course in 4 hours 43 minutes, with her last mile being the fastest.

“I have no blisters!” She exclaimed at the end. She put this down to her feet being hardened from spending seven months in Guyana last year where she spent most of the time walking around bare foot. “The best bit of the London Marathon was overtaking Jesus” she says, who runs every year bare foot carrying a six-foot wooden cross on his back. She really enjoyed the whole day and definitely has another marathon in her! 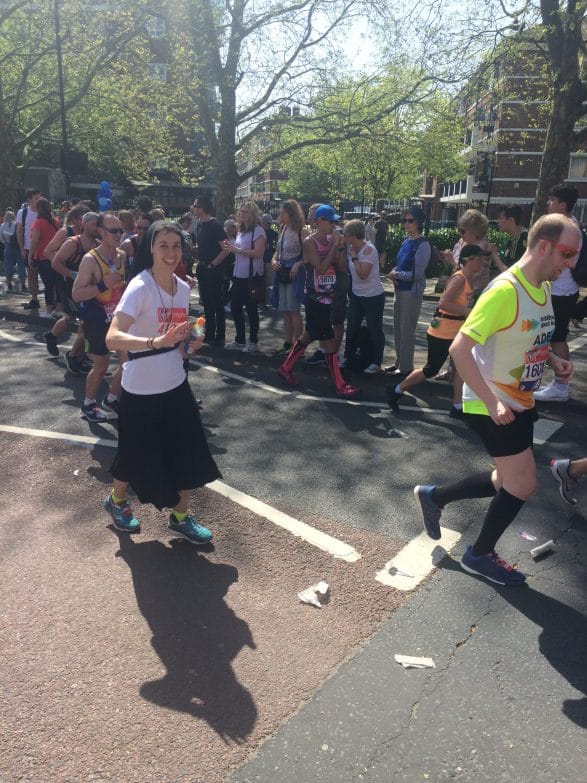 She wasn’t the only one who was thinking about their next marathon, Maddy Froment, part of the Mount St Mary’s team, and Anne-Marie and Andy Kennedy all showed enthusiasm for another marathon; glad to know the 26.2 miles didn’t put them off! 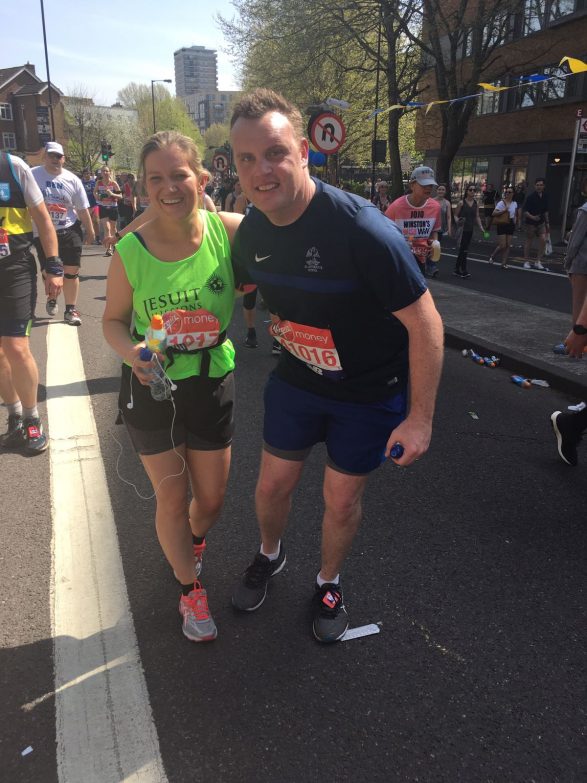 Dylan Campbell, an experienced ultra-marathoner runner from South Africa and part of the Mount St Mary’s group, ran with his wife Alex. He said, “the London crowd was absolutely incredible, none of my previous races can compare to this at all!” His wife Alex, said “it was amazing but definitely never again!”

After meeting runners at the finish line for six years, this was Richard Greenwood (Jesuit Missions Outreach and Communications Manager)’s first marathon. “I actually really enjoyed it, I’m not signing up for next year, but it was great to be part of a really special day.”

The #SpiritofLondon was the theme of this year’s race and it definitely showed with people saying the support was bigger and better than ever before, with people handing out extra water to those struggling in the heat.

There is still time to support all our runners by visiting their fundraising pages here.

Are you feeling inspired by this year’s Jesuit Missions marathon team? You can sign up today to run next year!